I've always had a vivid imagination. Perhaps its a skill born of being an only child.
As long as I can remember I've always been able to make something out of whatever I had. Maybe it was a bush in a neighbors yard that became the coolest house you ever knew existed (it had a surfing room), or hours on end playing with My Little Ponies with my friends, or creating our own magazine, charting underwater passageways in a super secret submarine, or flying with dragons as I slept. Always there was a need, a desire, to dream.
Oddly enough I don't really remember my first trip to Sterling Renaissance Festival. I know it involved my parents taking me out there. I seem to recall it was with my cousin, but it very well could have been with two of my good friends (who I am happy to say I am still friends with today). I simply remember it being so exciting! Something that stuck with me and weaseled its way deep into my little kid brain. I know for certain that I fell in love with the costumes. Dressing up as something or someone else has always been something I've enjoyed. I've gone back every year since as far as I know. Through rain and shine, chilly days and sweltering hot ones. I've dragged everyone I could at least once, luring them with the promise that I would drive (once I could that is).
I couldn't say what it is that I always enjoyed. Its an atmosphere unlike anything else. Its almost more like going to a play you get to participate in then anything else I suppose. Some people go simply as spectators, but I couldn't wait to jump into a role. It was a magical transformation assuming the persona of someone else and then shedding it at will. I was always so sad when the season came to a close. I really got to experience this back and forth shifting of perspective when I worked there and got to see what it was like after hours. But thats a story for another day.

Instead of an inspiring image for today I will leave you with the blog of one of those good friends of mine I mentioned above. I've know Ali for as long as I can remember. I miss her often, and still get as excited as a little kid when I get the chance to meet up with her again.
So today I leave you with her blog Fair Isle Navajo.
Posted by Adelle Starr at 8:33 PM 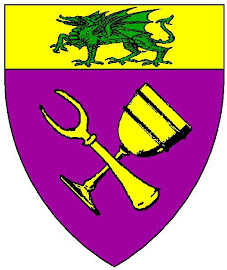 Welcome to My Dream

A Few of my Favorite Things